The world is facing a critical shortage of helium. Despite its relative scarcity, helium is used in everything from computer hard drives to electric vehicles, high-tech data centres, space travel, fibre optics, MRIs, bar code readers, and yes, of course, balloons.

While difficult to find at the best of times – most of the world’s helium slips out of the Earth’s atmosphere before it can be detected – a series of random and unrelated events at various helium and natural gas facilities has affected the global supply, and catapulted the helium market into a state of unprecedented volatility.

January 2022 saw a major explosion and fire at Gazprom’s Amur natural gas processing facility in Russia – a site that was going to supply 25-30% of the world’s helium. Generator and compressor problems have slowed down production of helium in Algeria. Qatar had to shut down two of its helium plants after a major geopolitical rift with Saudi Arabia, and a major Bureau of Land Management Helium facility in Texas is closed down for maintenance. As a result, 18% of the world’s helium is currently off-line, leading to a serious supply crunch. Subsequently, the commodity’s price has soared, from around $300 per MCF (thousand cubic feet) to as high as $1000 per MCF in just the last three months.

But the current crisis in the helium market also presents an opportunity for an emerging producer to come forward. Desert Mountain Energy Corporation (TSX.V: DME, OTC: DMEHF), a Tier 1 helium and rare earth gas exploration and development company operating out of Arizona, is a making a play to quickly become that new domestic producer of helium.

DME was awarded the best helium exploration and development company in North America, by the Canadian Business Awards 2022, and has the assets, management team, and a loaded treasury to make a move into helium production a reality.

DME’s key asset is the Holbrook Basin Helium Project in northeast Arizona, with over 85,000 acres of key helium prospects under lease. The area is widely considered to be the world’s best address for Helium, so much so that it is often referred to as “The Saudi Arabia of Helium”.

The historic Pinta Dome Helium Field that produced with grades of 6% to 12%, is the geological model of the Holbrook Basin Helium Project. CEO Robert Rohlfing spent 20 years on the ground exploring the basin and selecting the mineral leases the Company is currently drilling and planning to put into production. To date the Company has successfully drilled seven for seven helium wells, proving up his geological theories.

DME’s President and Director is Don Mosher. He brings 35 years of experience in corporate finance, business development, management, and marketing to the table, and will play a large role as the company looks to benefit from the helium shortage. He lays out the dire forecast for helium under the current status quo: “The suppliers have now declared force majeure on all the end users. We have fielded 50 calls in the last two weeks from end users wanting to buy helium because they can't get it. The medical community doesn’t know what to do. You're going to have trouble getting an MRI if this continues. In the meantime, we will go online with our production. We won't fill the vacuum, but we will be selling into the vacuum.”

The key area in the Holbrook Basin for DME is the McCauley Helium Field, where the plan is to initiate helium production by Q3 of 2022. The company has just completed drilling on wells #4, 5, 6, and 7 at McCauley, and encountered zones of helium and hydrogen at each well with sampling expected to be completed by early May. The discovery at the McCauley Helium Field will allow Desert Mountain to move forward into production much more quickly than they would have otherwise, which will help counter the current world supply problem.

DME plans to build several helium finishing facilities in the Holbrook Basin to upgrade helium from multiple fields. It’s incredibly difficult to transport helium because it escapes containment over long journeys. “Because the helium molecule is so small, it can escape any known containment.” Mosher explains, “That makes it very difficult to transport. It's an escape artist. On a hot summer day, if you ship helium by truck, you can lose up to 15% of it over about a 1000-mile journey. So, you want to be very close to the end user. It's important that they don't lose a very valuable resource during transportation.”

Mosher reveals that DME has over 40 potential end users within 300 miles of Holbrook Basins, which will allow them to simply drive to the facility and pick up the helium on their own, reducing the probability of evaporation.

The company’s first client is the US government. But while Don Mosher’s phone may be ringing off the hook, he can’t commit to any more end users beyond the government until they have a better idea of just how much helium they’ve got in their wells at McCauley.

The other piece of the puzzle for DME is the McCauley Helium Finishing Facility. Unlike most global helium production which is syphoned off from natural gas, the helium found at Holbrook Basin is tied together with environmentally benign nitrogen. The finishing plant will be assembled inside of 30-foot storage containers and powered by a solar farm, giving it a smaller carbon footprint than most traditional helium finishing facilities.

The company has signed the final contracts for construction, with all in costs of approximately US $7 million. They plan to have the facility in a start-up stage this June, and ready for full production by the end of Q3 of this year.

DME’s long-term plans are to bring 60 to 70 new helium wells online over the next five years. With over $18 million in their treasury, the management team is confident that they will achieve positive cashflow without further financing.

With the very quick move towards helium production, Don Mosher is hopeful that they can bring some much-needed stability to the volatile global helium market, along with increased value to the company’s shareholders, “The question is not whether we can find helium. We're six for six on drilling wells. We can find helium. The next question is, can this company produce, finish and sell helium and make money? And we hope to answer those questions over the next six months.”

If all goes according to plan, Desert Mountain Energy Corporation will both satisfy shareholders, and bring some much-needed relief to the global helium market.

FULL DISCLOSURE: Desert Mountain Energy is a client of BTV-Business Television. This article does not constitute investment advice. Each reader is encouraged to consult with his or her individual financial professional. Any action taken as a result of reading information here is the reader’s sole responsibility. 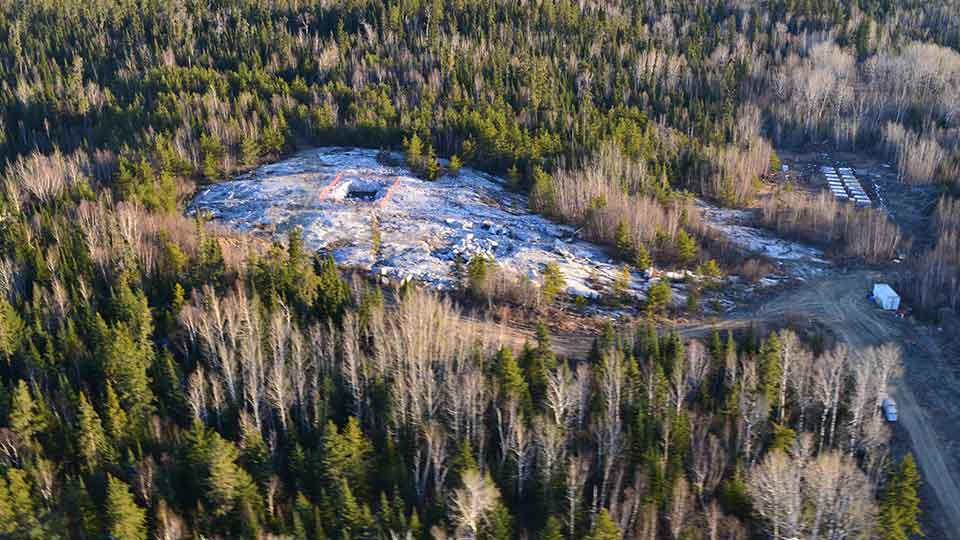 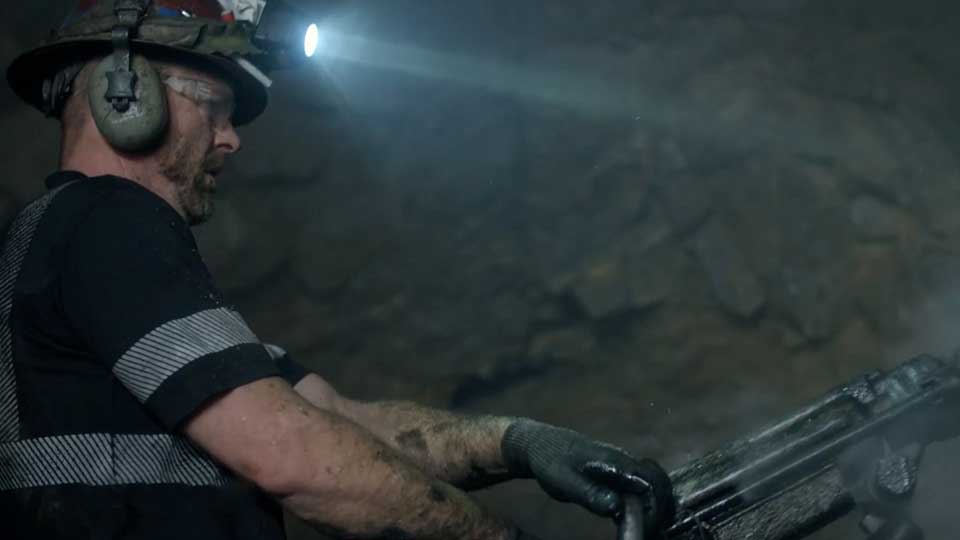 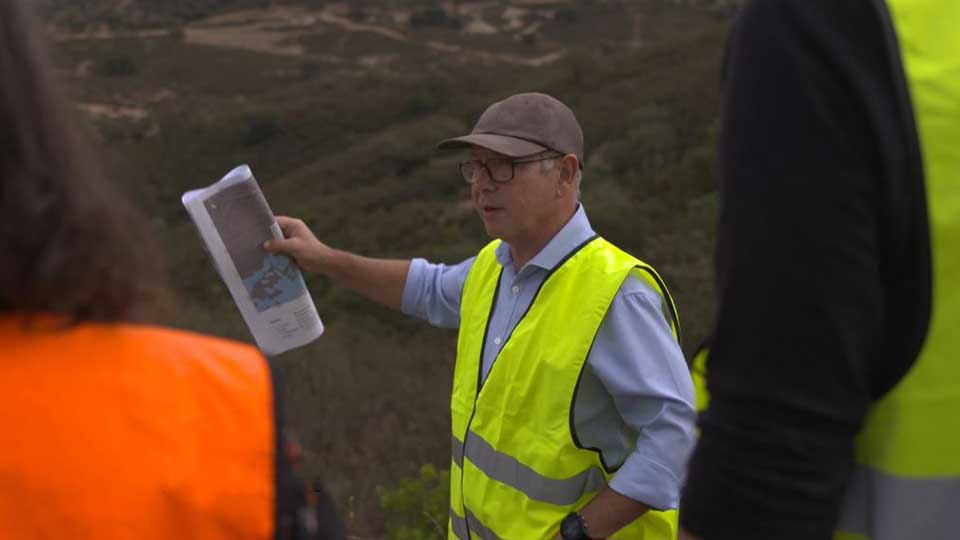