A junior mineral exploration company with focus on precious metals and copper. They also engage in the identification, evaluation, acquisition and exploration of mineral property interests. The Lost Cities Cutucu Project is their flagship asset. Located in the Metallogenic Belt in the eastern foothills of the Andes mountain range in Ecuador, is not nearly a treasure hunt.

Don't expect to hear about fragments of a map, or conversations overheard in a bar. Quite the contrary! This is a carefully designed project in the making for over a dozen years. Instead of Hollywood actors, a credentialed and respected university Professor and two PhD geologists with world class discoveries in Ecuador lead the team.

It is perhaps the first time that professional historical research, modern geological, geochemical and geophysical exploration techniques join forces in a project developed in a geographical area of high potential discovery.

Engaged in the acquisition of mineral properties, exploration, development, mining and processing of precious metals. Based in Canada, DPM is an international gold mining company operating in countries like Bulgaria, Namibia and Serbia. Their operating assets include:

The company also holds interests in a number of developing gold and exploration properties located in Canada, Serbia and Bulgaria. The Kromovgrad gold project that is expected to start production in 2019 adds to the 10,5% interest the company has in Sabina Gold & Silver Cop.

Victoria Gold’s Eagle Gold Project is expected to be in production this Fall. The company owns 100% of Dublin Gulch gold property located in the central Yukon Territory, Canada. Accessible by road year-round and within Yukon Energy’s electrical grid, it is located about 375 km north of the capital city of Whitehorse and approximately 85 km from the town of Mayo.

Covering an area of about 555 square km, the property is the site of the company’s Eagle Gold Deposit. The Eagle Gold Mine, still under construction, is expected to be Yukon’s next operating gold mine. The National Instrument 43-101 feasibility study, the “Report for the Eagle Gold Project”, dated October 26, 2016, outlined that The Eagle and Olive deposits include proven and probable reserves of 2.7 million ounces of gold from 123 million tonnes of ore, with a grade of 0.67 grams of gold per tonne.

New gold exploration company has the former CEO of Great Panther Silver, Robert Archer leading the way. Newrange Gold Corp. is a company dedicated to the exploration and development of near to intermediate term production opportunities.

Operating in favorable jurisdictions like Nevada, Colorado and Colombia, the company is announcing its flagship project, the Pamlico Project. This significant new discovery in Nevada is very promising. The numerous near surface drill intercepts presented gold mineralization to 340 grams gold per metric tonne.

To test the mining and recovery of gold, the company has recently completed a 600 foot decline to develop a high-grade, drill delineated gold mineralization. In this decline, they also discovered two coarse gold bearing structures previously unidentified. By exploring and developing projects like this one, the company is committed to building sustainable value for all stakeholders.

Marathon Gold has found over four million ounces of gold in central Newfoundland. Newfoundland and Labrador is known as one of the top mining jurisdictions in the world. There is located the Valentine Lake Gold Camp, which hosts four near-surface, mainly pit-shell constrained deposits.

The Marathon and Leprechaun Deposits

The majority of the resources occur in the Marathon and Leprechaun deposits, which also have resources below the current open pit shell. Both deposits are open to depth and on strike. The company could trace gold down over 350 meters vertically at Leprechaun and almost a kilometer at Marathon. The four deposits identified so far occur over a 20-kilometer system of gold bearing veins in a 24,000 hectare property that has been barely explored yet.

Accessible by year-round road and close to the provincial electric grid, Marathon maintains a 50-person all-season camp at the property.

A half-hour weekly investment program, profiles emerging companies across Canada and the US to bring investors information for their portfolio. With Hosts Taylor Thoen and Jessica Katrichak, BTV interviews experts, top analysts, plus features companies at their location giving investors an insightful business perspective.

Discover Companies to Invest in 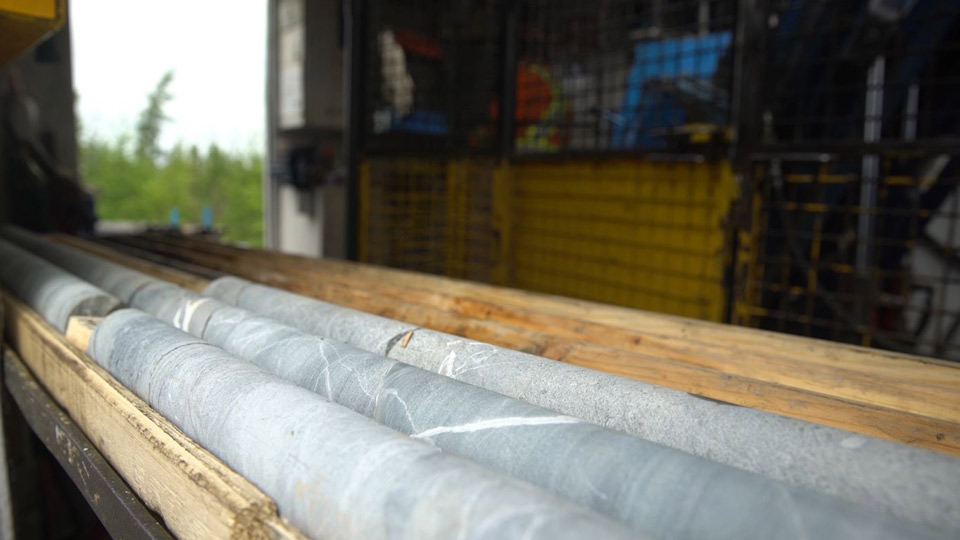 Rick Rule shares his thoughts on whether to save your money in cash or gold.