In the brief history of cryptocurrency the “milestones” have usually (and for good reason) been associated with eyebrow raising, record new highs. But lately a different sort of milestone is emerging: El Salvador is moving forward with making Bitcoin legal tender. While the central banks of many First World countries continue to express concern with various aspects of cryptocurrency and Decentralized Finance, central banks in other Third World countries will be watching El Salvador very closely. One thing the Central American country will need to do in making cryptocurrency legal tender is to ensure access to it is easy and user friendly. That also happens to be one of the priorities for a Canadian digital assets company called iMining. According to the company’s CEO, Khurram Shroff, “We want to create a user friendly way of people investing in cryptocurrency, and we want to be the global leaders in blockchain investment.” They are not alone.

Square (NYSE:SQ), the American financial services and digital payments company, has a bitcoin trading feature in its hugely successful CashApp. Mogo (NASDAQ:MOGO) offers a Platinum Prepaid Visa® Card that earns bitcoin cashback on all purchases. Other companies have embraced non-cryptocurrency capabilities of blockchain. DocuSign (NASDAQ:DOCU), the leader in e-signature technology has used the Ethereum blockchain since 2015 to secure signed documents.

At iMining, Khurram Shroff is confident they have an industry leading offering thanks to their recent acquisition of BitBit Financial. BitBit has been building out a network of cryptocurrency ATM machines. Shroff explained, “BitBit is an Ontario based corporation. And it's registered with FINTRAC.” (FINTRAC -The Financial Transactions and Reports Analysis Centre of Canada - is Canada’s financial intelligence unit.)

BitBit has two types of ATM machines. In their “one way” ATM machine you deposit fiat Canadian dollars and purchase cryptocurrencies like Bitcoin, Etherium or Cardano. There is also a “two way” machine that lets you sell cryptocurrency and withdraw fiat Canadian dollars. Shroff elaborated, “We're very excited to grow a BitBit ATM network to over 150 locations across the Greater Toronto Area. We plan to launch a cryptocurrency custody solution for institutions, and we are implementing an online trading platform, which will make it very easy for Canadians to buy Bitcoin, Ethereum or any other cryptocurrency. BitBit was a missing piece in the puzzle that we're trying to solve.”

Another important piece of the puzzle that needs solving is how to make cryptocurrency “greener”, more sustainable. It’s well known the Proof of Work technology used to mine bitcoin consumes massive amounts of electricity; one of the reasons China has banned bitcoin mining. Not only is Proof of Work crypto mining an electricity guzzling endeavour, there are serious capital costs associated with the hardware required to supply the extreme computational power needed. iMining has adopted a technology called Proof of Stake and is involved in the process of “staking” Ethereum 2.0 and Cardano – alternatives to Proof of Work Bitcoin. Not only does Proof of Stake use 99.9% less electricity than the 12 year old Proof of Work technology there are also significantly lower start-up costs for the associated hardware. Equally important, Proof of Stake generates an almost immediate revenue stream.

Staking is the validation of transactions on Proof of Stake blockchains like Etherium 2.0 or Cardano by a trusted source like iMining. Their staking is rewarded by additional cryptocurrency tokens. Those tokens can either be exchanged for fiat currency or kept on the books to appreciate. But as Shroff made abundantly clear, what truly excites him is the game changing potential of what cryptocurrency represents – Decentralized Finance. iMining Chief of Communications, Sasha Tharia, concurs. “Cryptocurrency is definitely the asset, but blockchain is the infrastructure. And it's incredible to see what blockchain can do. At iMining, we're more focused on what the infrastructure can provide to society as a global network.” Shroff claims, “This is one of the most empowering financial revolution in history.”

The revolution Khurram Shroff describes will impact people in countries where it’s common to have a cellphone, but not a bank account nor stable local currency. Shroff elaborated, “You know, currently we have over two billion people in the world which are unbanked or under banked. So there’s huge potential to bring those people into the financial ecosystem of the future.” Sasha Tharia doesn’t mince words about the possibilities. “It allows people to have faith in a system that's not backed by just the government's word. It's backed by technology.” She continued, “I think it's harder for us to understand it here in a Western society because we have so much infrastructure that's incredibly set up already that it's hard for us to look at new and better solutions that are coming up. It's hard for us to say, ‘oh, forget the old ways, let's look at the new things.’ But other countries that are still developing, I think for them it's even more incredible because they can see the value in this new infrastructure that's going to empower not only women, but many people who are having financial issues. It helps them plan for a brighter future.”

Tharia was encouraged by an article written by Alexis Pappas, Executive Director of the Canadian Blockchain for Women Association about the Bitcoin 2021 conference. Pappas noticed the increased emphasis on a more “humanistic” approach to blockchain. One of the presenters referenced the Stanford marshmallow experiment where students were told they could have one marshmallow immediately or wait and receive two marshmallows. Tharia commented, “And that's where I think the cryptocurrency space is at today. It’s about waiting and having patience; delayed gratification rather than an instant reward.” Time will tell if investors agree that the ultimate reward of cryptocurrency isn’t the pursuit of an instant windfall but still lies ahead as the world of Decentralized Finance and Non-Fungible tokens develops. One marshmallow now, or two marshmallows later?

FULL DISCLOSURE: iMining Technologies Inc. is a client of BTV-Business Television. The article does not constitute investment advice. Each reader is encouraged to consult with his or her individual financial professional and any action a reader takes as a result of information presented here is his or her own responsibility. 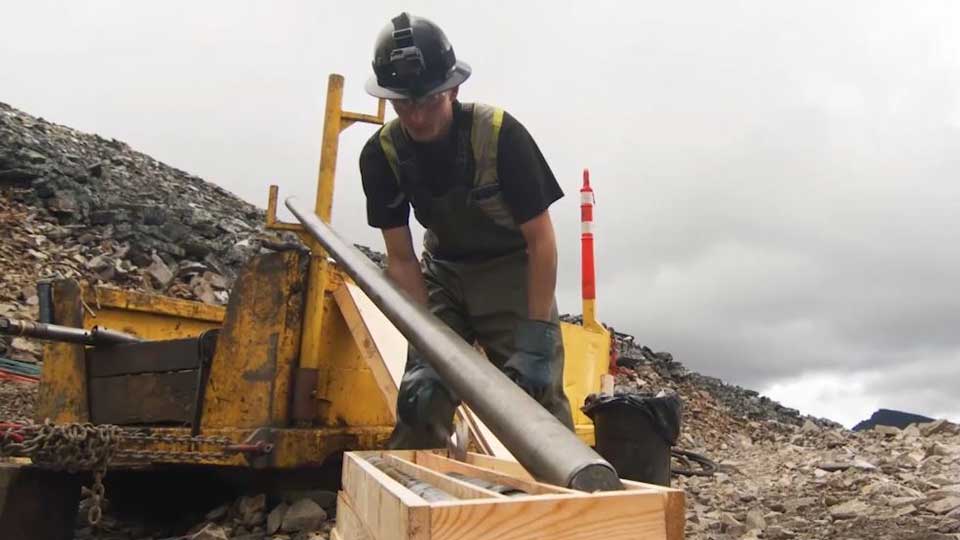 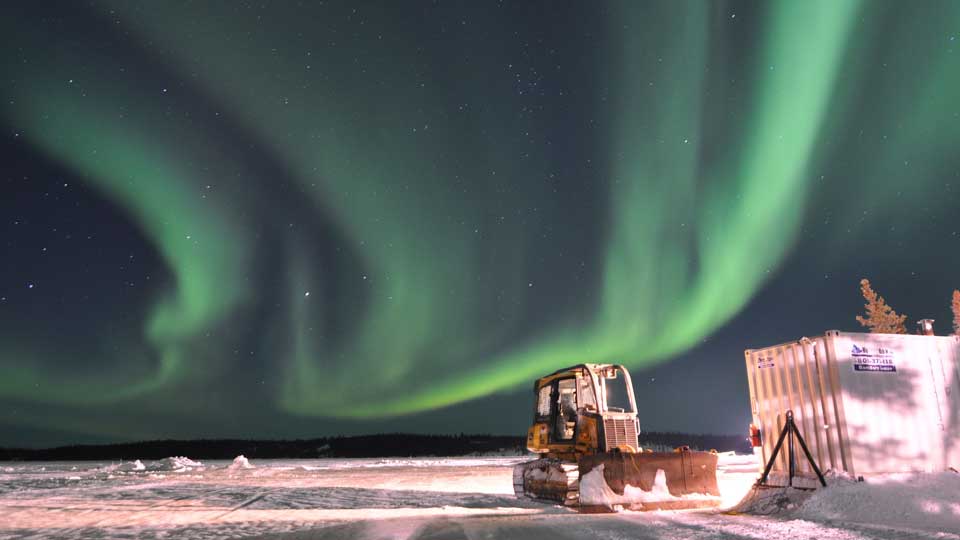 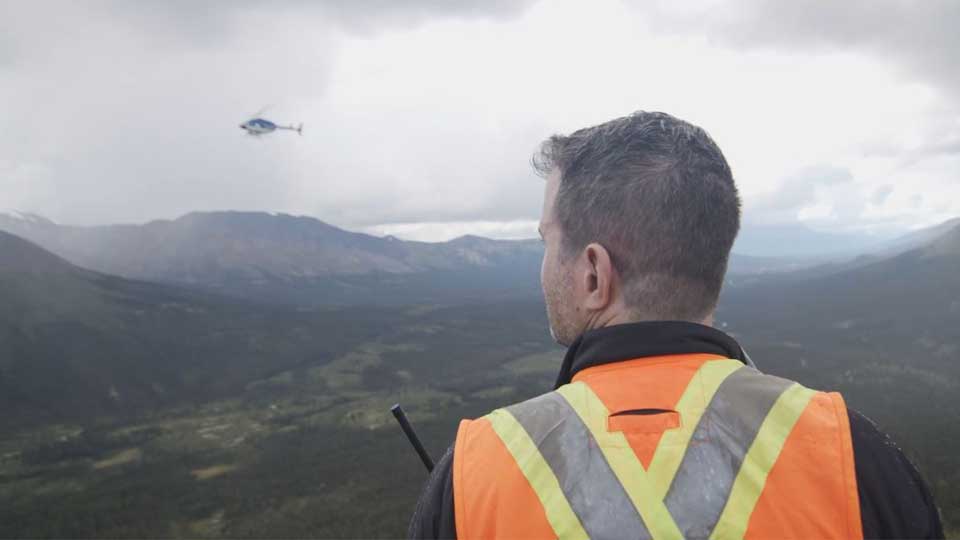 How safe is your digital identity? That’s a very timely question a company called Liquid Avatar Technologies Inc. is dealing with in a very novel way. …