A stroke can be a devastating and debilitating event for an individual and their family, and a major burden on the health care system. Over 15 million people suffer strokes every year, and 85% of those have some form of disability as a result. Stroke-related costs in the US are over $45 billion dollars annually, including health care costs, medicine, and lost work productivity.

Despite the frequent incidence of strokes, there are limited medical treatment options. If you have suffered an ischemic stroke (caused by a blockage in a brain blood vessel), there’s a clot-busting drug called tPA (tissue plasminogen activator), and a variety of blood-thinners, but for tPA to be effective, it must be administered within three hours of the stroke, leaving around 95% of stroke victims out in the cold. Another treatment option is the surgical removal of the blockage, however the blood vessel where the stroke has occurred needs to be large enough for surgical access, which occurs in only 15% of cases.  The bottom line, is that a significant number of stroke patients go without any treatment options at all, making the finding of a new, effective therapeutic, a very important area of medical research.

Several pharmaceutical companies around the world are working to meet that need, including Vancouver-based Algernon Pharmaceuticals (CSE: AGN) (FRANKFURT: AGWO) (OTCQB: AGNPF). The clinical-stage drug repurposing and development company is taking a slightly unusual approach to the problem. They are planning to be the first company in the world to investigate the psychedelic compound DMT as a potential treatment for ischemic stroke patients.

According to Algernon’s CEO Christopher J. Moreau, numerous pre-clinical trials have shown that cortical neurons, when exposed to DMT, showed both neurogenesis and neuroplasticity, an important mechanism for the brain when it is trying to recover after an injury. Explains Moreau, “Rats from an animal stroke study that were given DMT, had a smaller area of damaged brain cells and showed an almost full recovery of motor function after 30 days, when compared to the control group. The encouraging results of several pre-clinical studies of DMT convinced us to see if it could become a new treatment for people who have suffered a stroke.”

While most of the current research on DMT targets treatments for PTSD, depression, and addiction using the hallucinogenic qualities of the molecule, Algernon is taking a very different approach. According to Moreau, “Algernon will be investigating DMT at sub-psychedelic doses, meaning we are not creating the psychoactive experience in patients. The pre-clinical data has shown that a microdose of DMT still causes the growth in the neurons which means patients who have suffered a stroke could be given a small enough dose of DMT to not cause hallucinations. The preclinical data suggests that with DMT, a person may not need the hallucinogenic experience for the drug to potentially help the brain repair itself.”

Algernon has retained globally recognized leaders in the area of psychedelic drug research as consultants on their DMT stroke research program, including Dr. David Nutt from the Imperial College of London’s Centre for Psychedelic Research, and Dr. Rick Strassman, author of the book ‘DMT: The Spirit Molecule’. The company has also brought in two leading clinical stroke experts from the UK to help guide their human studies.

The next stage in Algernon’s DMT development program is to conduct a Phase 1 clinical trial, also known as a safety and dosage study. The data gleaned from the Phase 1 trial will help inform the company on its planned Phase 2 trial, where the drug will be tested on patients who will have suffered a stroke. The company is expecting to complete the Phase 1 study by the end of 2022 and begin the Phase 2 study in Q1, 2023.

Algernon’s DMT study is a slight deviation from the company’s usual business model. Since 2018, they have been operating as a drug repurposing company, which means that they look for new therapeutic uses for already existing drugs. If the company establishes efficacy in animal studies for a new disease indication, they file new intellectual property rights (patents), and then quickly and efficiently move the drug into new human clinical trials.

The other major benefit of a drug repurposing strategy is the lessening of financial risk. Moreau explains, “When you’re taking a drug that’s already been approved, you can often hop, skip, and jump over the pre-clinical stage, where the failure rate is around 90%. Sometimes you can also bypass the Phase 1 stage as well, right into a Phase 2 trial because you already have the known approved human dose and its safety data.

Algernon’s strategy with DMT isn’t a pure repurposing play, as the drug hasn’t been approved, but it has been around for centuries as a psychoactive compound. There have also been a number of Phase 1 studies of DMT and as a result, the company believes it doesn’t need to conduct the required pre-clinical research necessary for a new drug.

Concurrent to Algernon’s DMT study, the company is also advancing a number of other clinical research programs based on repurposing already-approved drugs. These include a Phase 2 human study of idiopathic pulmonary fibrosis (IPF) and chronic cough, with results expected in Q2, 2022, and a new program looking at chronic kidney disease.

There are other companies in the pharma space currently developing new types of therapeutics for stroke and chronic cough patients, including DiaMedica Therapeutics (DMAC: NASDAQ), currently in a Phase 2 study for stroke, and Bellus Health (BLU:NASDAQ, BLUE:TSX), currently planning a Phase 3 study for chronic cough. Moreau believes that even though Algernon is slightly behind these companies in the development process, they may end up with positive Phase 2 study results. “It all depends on how strong our Phase 2 data is and that can be real game-changer,” said Moreau.

Moreau takes great pride in working in an industry that is about helping people. “One of the most rewarding things about working in pharmaceutical development is knowing that on the one hand you’re working hard to make the business a success and, on the other, is the knowledge that you’re helping to either reduce mortality or reduce people’s suffering.”

If Algernon’s clinical trials for DMT, IPF and chronic cough go the way they hope, it may just change the way that these medical conditions are treated around the world.

FULL DISCLOSURE: Algernon Pharmaceuticals is a client of BTV-Business Television. This article does not constitute investment advice. Each reader is encouraged to consult with his or her individual financial professional. Any action taken as a result of reading information here is the reader’s sole responsibility. 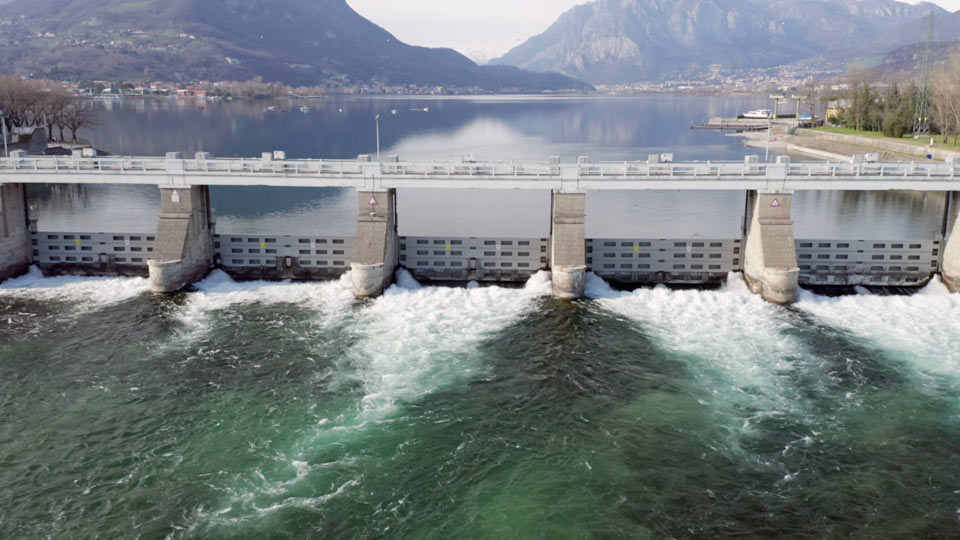 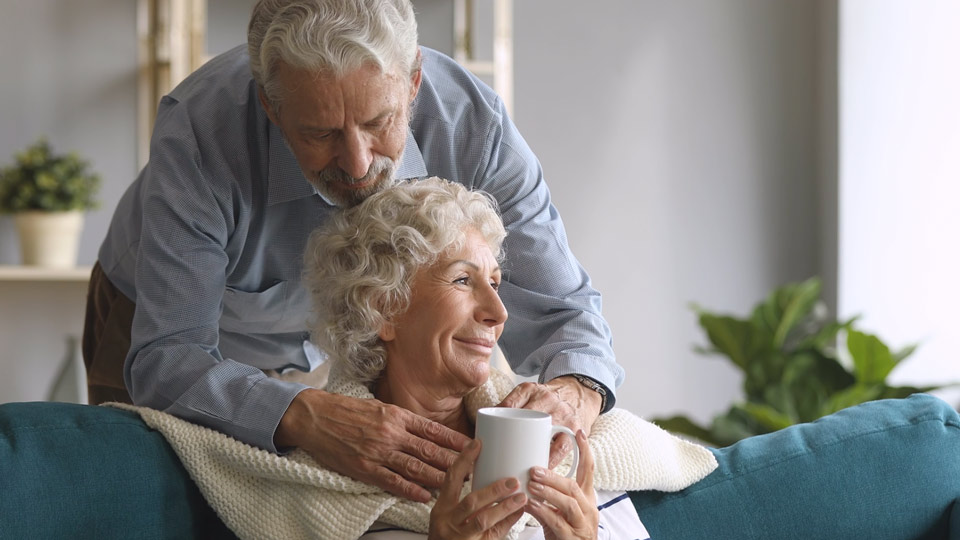 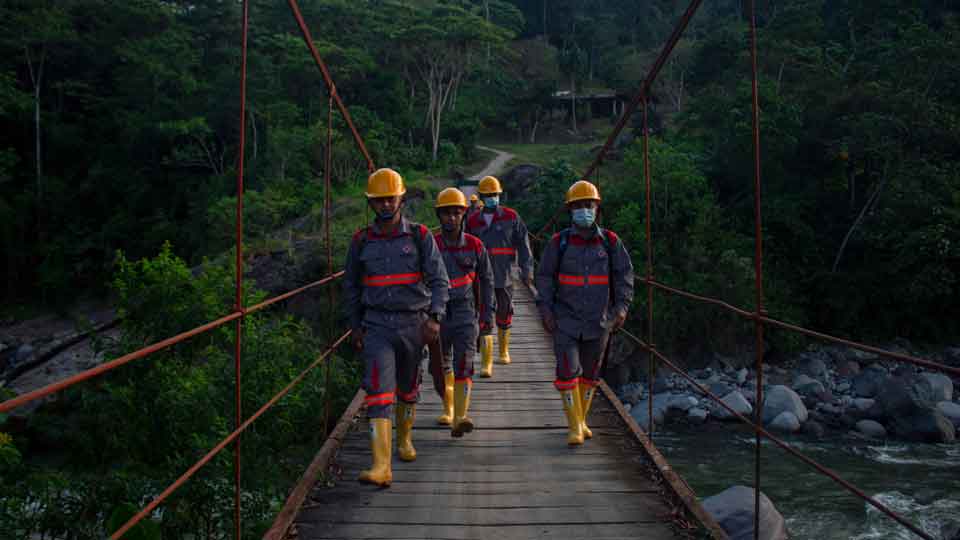 For years now, leading bioscience company Lexaria, has been touting the potential of its patented drug delivery technology DehyraTECH, which can be ap …